Home|Blog / The Importance of Healthy Gum

The Importance of Healthy Gum

Go to the dentist, and they will nearly always ask if you’ve been flossing. A dental hygienist will remind you to continue flossing, and you’ll likely receive some extra dental floss before you leave. If flossing is referenced so many times, we can likely deduce that it’s important we take care of our gums. But many of us might start to wonder: why is flossing so important? If we’re brushing our teeth regularly, aren’t we doing enough?

Many will be surprised to learn that most dentists agree: if it came down to it, they would say flossing is more important than brushing your teeth. Of course, you would ideally be doing both regularly and as part of a routine. Maintaining healthy gums is one of the most important things you can do for your overall health. Read on to see why having healthy gums is so crucial to your overall well-being, and schedule an appointment with Dr. Mojgan Mazhari today! 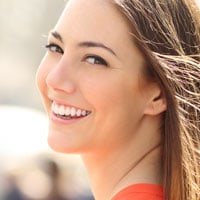 This likely comes as no surprise. We know that flossing is probably really good for our teeth, and yet, the vast majority of people do not floss regularly. Dentists recommend flossing teeth daily, but the percentage of people who follow this rule of thumb are in the overwhelming minority. As NPR reported, one survey from the American Dental Association reported that only 4 in 10 people floss their teeth regularly, which is a number that many dentists think is way too high. They probably aren’t far off either, given their professional experience and the fact that almost a third of people admit to lying to their dentist about their flossing frequency.

The fact that the majority of people don’t actively participate in the most crucial part of dental health means that there’s a disconnect between how important healthy gums are. In terms of healthy teeth, WebMD states that “flossing does about 40% of the work required to remove sticky bacteria, or plaque, from your teeth.” Associate professor of New York University’s School of Dentistry Alla Wheeler explains further: “Each tooth has five surfaces. If you don’t floss, you are leaving at least two of the surfaces unclean. Floss is the only thing that can really get into that space between the teeth and remove bacteria.”

Additionally, a lack of flossing can lead to gum recession, which can further expose teeth and continue the vicious cycle. For one of the best measures to protect your teeth and prevent further damage, flossing is a must. Flossing is essential for gum health, which in turn is essential for healthier teeth.

Gum health affects other bones in your body.

Believe it or not, there’s a direct correlation between how healthy your gums are and the health of certain bones. As National Institute of Arthritis and Musculoskeletal and Skin Diseases (NIAMS) reports, “Periodontitis is a chronic infection that affects the gums and the bones that support the teeth. Bacteria and the body’s own immune system break down the bone and connective tissue that hold teeth in place.” There are direct relationships reported between jaw bone health and that of our gums, giving us another reason to keep up with our gum health.

A study from Harvard reported that periodontal disease can impact so many other aspects of our health. As they report, “Over the years, people with periodontal disease have been found to be at higher risk for cardiovascular disease, diabetes, chronic respiratory disease, pregnancy complications and dementia.” On the flipside, the article mentions a separate study which showed that flossing and properly treating periodontitis reduced the severity of diabetes.

This has to do with the plaque buildup, and scientists have two explanations for why this might be. As one theory, the sticky bacteria that is plaque can travel in the bloodstream, eventually making its way to the heart. Plaque buildup in the heart is the cause for blockages, and can lead to a heart attack. Another theory posits the notion that plaque can cause the liver to produce certain proteins that lead to inflammation of the blood vessels.

Unhealthy gums have implications for overall quality of life. 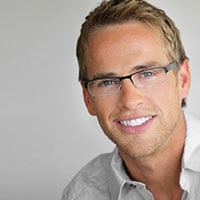 Having periodontitis or any form of gum disease can cause discomfort at best, and, as mentioned, lead to severe health issues at worst. But even before any severe health problems, the daily struggles of gum disease can be a pain. When gum lines are receding, they end up exposing the tooth in places that are meant to remain protected. This is the leading cause of sensitive teeth, which anyone who has suffered from knows what a nuisance this can be. The last thing you want when you’re about to enjoy an extraordinarily tasty bite of chocolate ice cream is to recoil in pain from the cold exposure to your teeth. Having to brace yourself for any drastic temperature changes takes away from the food itself, and no one wants that.

For the simple reason of not having to think twice before biting into that Choco Taco, floss on the regular to improve your overall quality of life (and gum health as well). But then, after you eat your delectable frozen treat, make sure you do the whole flossing and brushing thing as well.

In our next blog, we will tackle some of the ways you can most effectively take care of your gums to prevent gingivitis, periodontitis and more. Preventing gum disease is one of the most important and simultaneously overlooked facets of health, but it’s not too-th late. Get your floss on, and schedule an appointment with Dr. Mazhari today to get your gum health on the right track!